We’ve now raised $24,774 for the GBS/CIDP Foundation. Next week, it’ll be two months since we started our fundraiser, and I’m blown away by how far we’ve come. Thank you for being so generous, and helping us get close to half way to our goal of $52,000 — we’ve still got a long way to go! 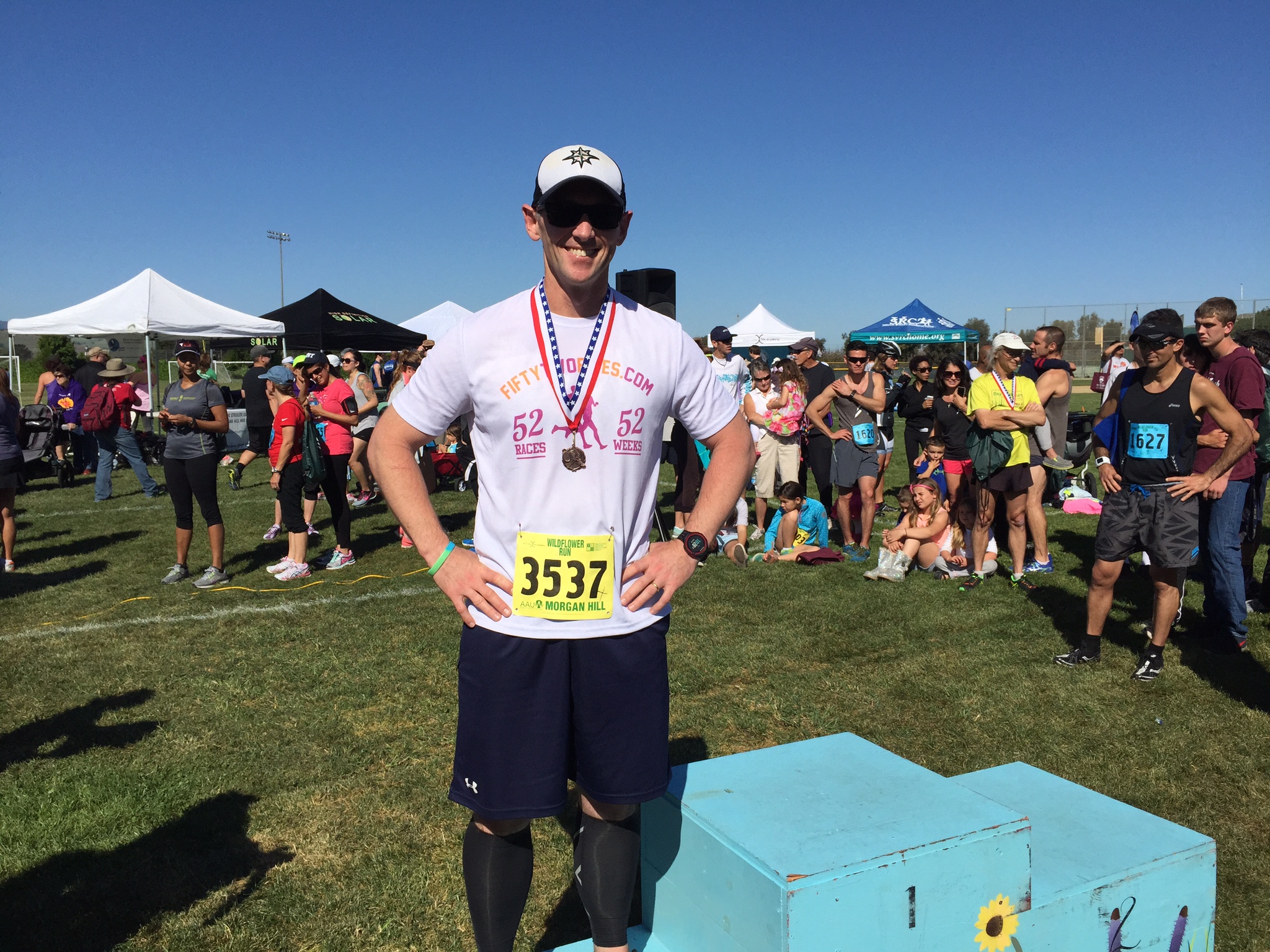 What’s happened in the past week?

Since our last update, we had generous donations from Gretchen Dinapoli ($200), Cam Smith ($100), Bhanu Koppaka ($100), and Erin McGowan ($25). Yes, that’s not a typo — Gretchen has donated twice to the fundraiser! Wow. Thank you, Gretchen for being amazing, and thank you Cam, Bhanu, and Erin for your generosity!

We also had an anonymous contribution of $2,000 to the fundraiser, and I hope I’ll be able to reveal very soon the identity of the generous benefactor. It’s a very cool story.

Thank you to all of you — it’s pretty amazing that 85 companies and people have joined together to help the GBS/CIDP Foundation.

The photo above is from last week’s race, the Wildflower Run 5k in Morgan Hill, CA. You’ll notice I’m wearing a new, prototype FiftyTwoFives running shirt, likely similar in design to the one I’ll be producing for every one who’s opted in for a “perk” and donated over $100. Here’s my race report.

I took the couple of days off from running this past weekend, which my body thanked me for! That’s put me a little behind where I should be in getting to 52 races for the year, but I’m planning two races this weekend — I’ll look forward to sharing the race stories!